Is the expression `Iphone 14’ a compound or an appos?

I prefer the apposition analysis, but ERG (trunk version) ranks the compound analysis first. In ErgSemantics_Apposition · delph-in/docs Wiki · GitHub the examples of “professor Kim Smith” are not clear to me.

Compounding comprises a variety of (semantic) head–modifier structures that can often be paraphrased using overt prepositions. But in instances of compounding there is a syntactic construction contributing an underspecified two-place relation.

Commnents? I am preparing a presetation and this example is one I am using to compare AMR vs MRS… showing that AMR is not compositional and goes much beyond the grammar of English can license… 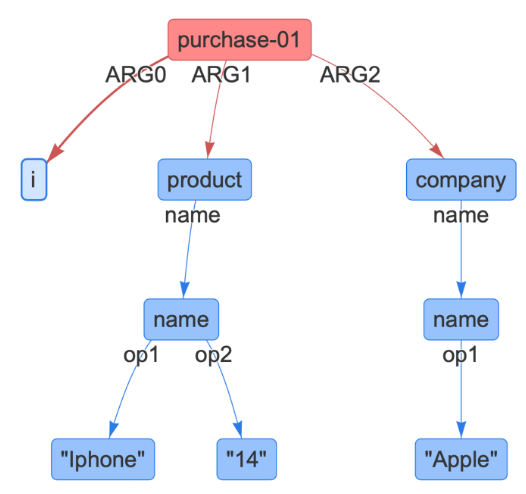 Just briefly, I see appos as linking two alternate descriptions of the same entity: My friend the poet is visiting. I see compound as setting up some kind of modification relation: garden dog is a dog in a garden, etc. The ERG also uses compound for the parts of names, and iPhone 14 is a name.

what we’re pointing out is that in the professor Kim Smith there are two full NPs referring to the same entity.

Thank you, @ebender; I apologize for not reading the rest of the compound page carefully.

The line between compounding and apposition is a blurry one. For “the iPhone 14” example, the compound analysis is right, as @ebender notes, for the named entity “iPhone 14”. One often useful test for apposition is to invert the order of the two candidate NPs, which is normally okay for apposition, but fails for the alternative compound analysis. Here “I bought 14 the iPhone” is not felicitous, weighing against the apposition analysis. Contrast this example with “the integer 14 is even” with “14 the integer is even”.

Thank you @Dan, actually compatible to the criteria adopted by UD, appos

BTW, those linguistics test are awesome! I need to remember them.