I want to lay out another example where I seem to be unable to use LKB+LUI as usual, for interactive unification (and suspect the problem has something to do with append-list).

I can email the grammar in question by request, if someone would like to debug this (alternatively, the grammar can be obtained by running valchg-lkt regression test from the branch no-lex-threading in the Matrix repo, commit 743298b ).

Here’s the gold tree for item 19 in the test: 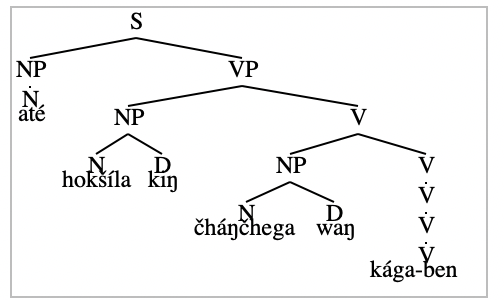 The LUI chart in the current grammar (which yields no parse) shows that the VP edge is missing: 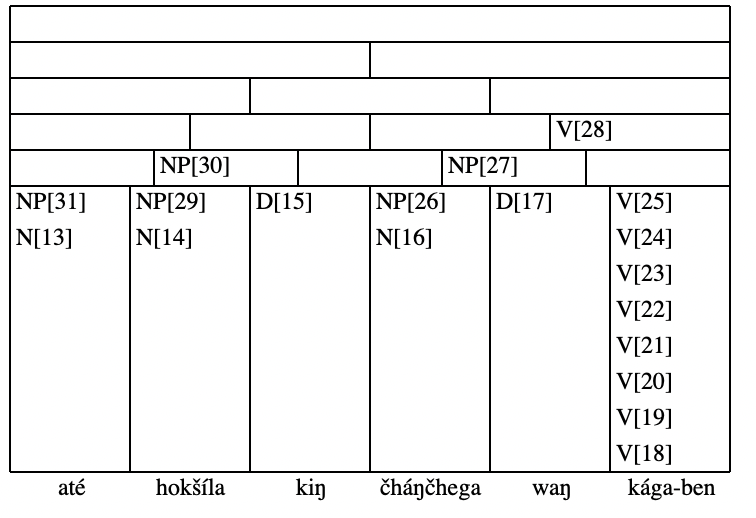 As has been usual lately, interactive unification produces a result: 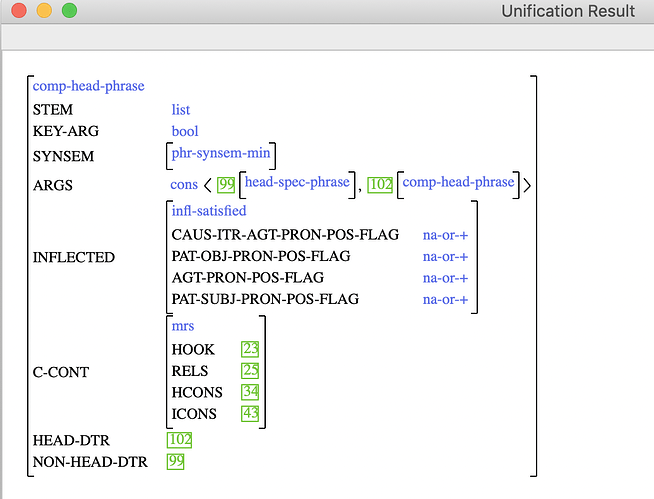 The same. interactive unification without LUI gives me a failure (although after the first result, I no longer can shrink structures):

Have you checked the value of deleted-daughters? (see here)

In the screenshot, you have not shown the feature path where the cycle is supposed to be.

Thanks, Guy, I will see if I can add that setting to the LKB and if that will have any effect. As for the screenshot, that is the only information that the LKB gave me, there was nothing more in this case (but it does look like a feature path to me?).

From discussion in that thread, I mean that the append-list-specific features should preferably not be in deleted-daughters.

And for the feature path, I meant the screenshot of the unification result. In that screenshot, the value of SYNSEM is collapsed (just shown as [phr-synsem-min]).