Head-Adjunct ambiguity with optional or no determiners and NP

For a pseudolanguage which has no obligatory determiners, would this be a valid range of ambiguity in terms of adjunct attachment: 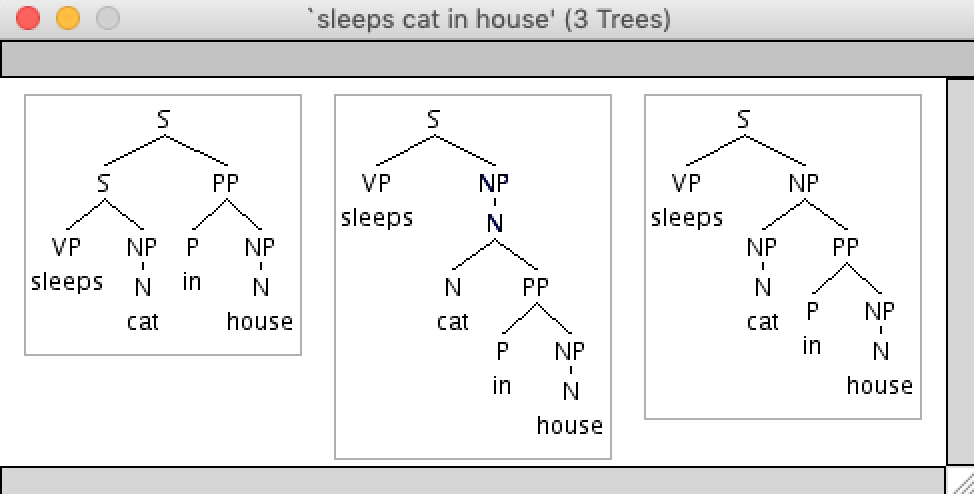 Or does the ambiguity with NP not make any sense? In other words, if there were determiners, would there be any valid difference between the [cat (in house)] and [the cat (in house)]?

In the ERG, I think such adjuncts always attach low (when they modify the noun). Seems like the ERG also has separate head-noun-adjunct rules.

Suppose I do it like in the ERG (separate rules for noun- and verb-modifying adjuncts; all noun adjuncts attach low).

What about the following ambiguity, between trees #1 and #3 (excluding the middle one): 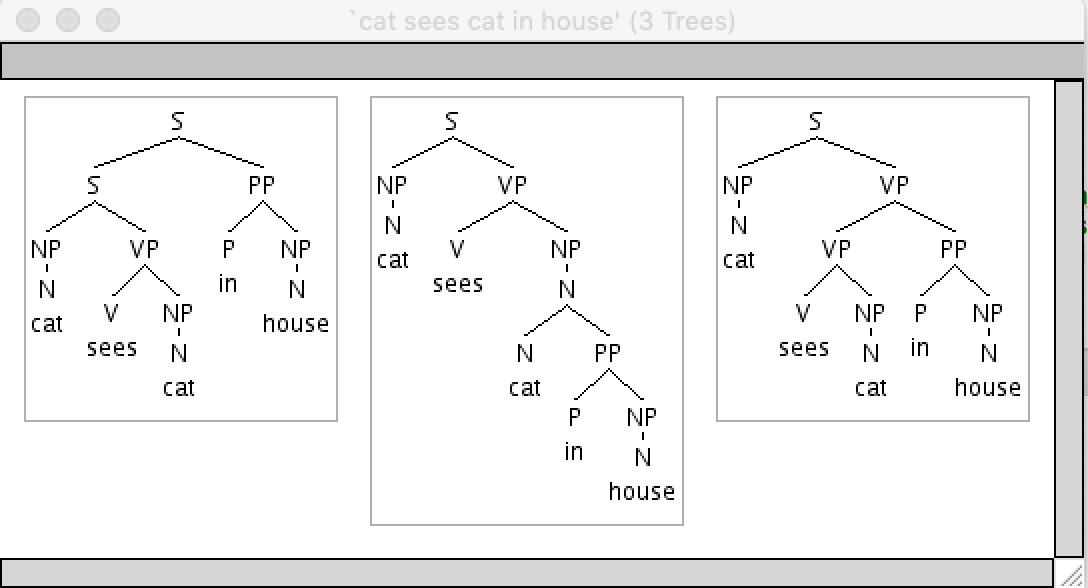 I don’t think this sort of ambiguity exists in the ERG either. I only see trees like #3 (and #2 but that’s not the point here).

For the Matrix purposes, do I want to get rid of trees like #1?

…But if I get rid of tree #1 above, do I really also want to get rid of the first tree here: 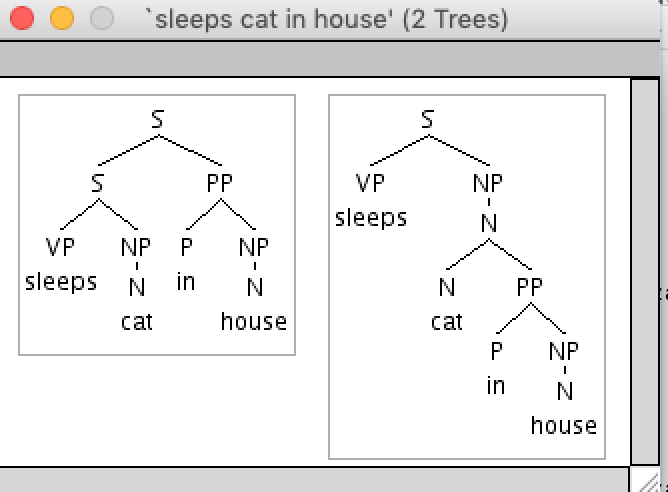 I don’t think so?

A PP attaching at S or VP is just annoying spurious ambiguity (in the sense that the semantics is the same).

So, do I want to try and get rid of it? But how to do it and not lose the one in the second example. Just leave as is, for the purposes of my library?

This is a type of annoying spurious ambiguity that we have learned to live with (i.e. don’t get rid of it).