How to model English Yes/No questions in the GM?

Which are the correct choices for English yes/no questions?

I loaded the mini-English choices (btw, here’s an instance without the iso-code bug leading to mini-English not working) and added: 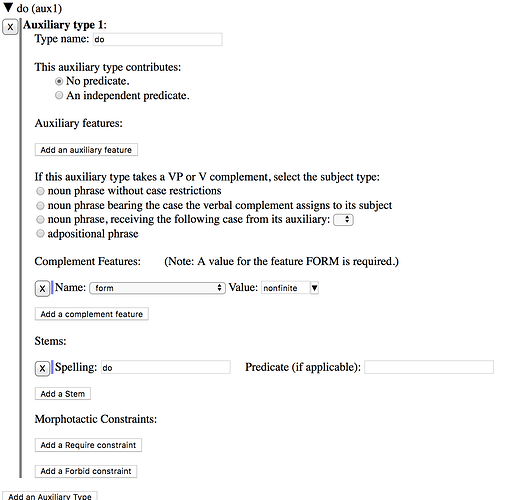 But I am not sure these are the right choices, and they don’t work to parse something like “do the cats chase the dogs”: The Head-Comp rule wants person and number information on the auxiliary. Am I supposed to put PERNUM on the auxiliary via zero affixes? The Lexicon won’t let me.

But even before the morphology questions: are these the intended choices for something like mini-English?

there can be more than one auxiliary in a clause (although there are restrictions):

I think the failure to parse is probably because subject-verb inversion won’t work with auxiliaries unless the subject is raised to the auxiliary.

I think you are right, Guy, so I tried that, and I get a tree which looks like this: 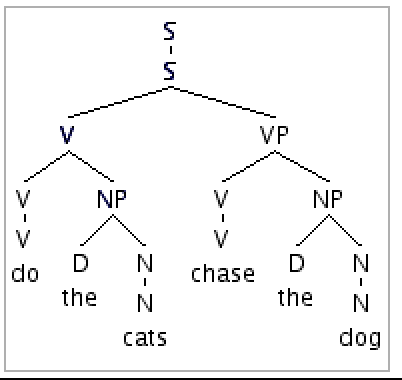 Is this what we’d expect? I think so, the MRS looks correct. It’s just that there is no head-subj rule in this, but that’s probably by design (the inversion rule + head-com instead)?

Right – no head-subj rule expected! The non-branching S->S rule at the top is probably the thing that puts in [ SF ques ].