Lexical entry filtered out? How to understand why?

In the SRG updated with new Freeling tags and token mapping and lexical filtering, I lose the gold parse for La ventana se abrió. (‘The window opened.’)

In the old reference grammar, I can see the gold parse: 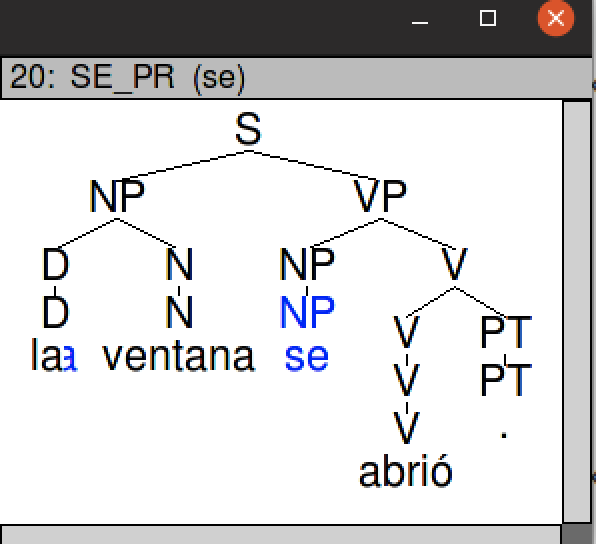 With the new grammar, I believe what I am missing is the desired lexical entry for se, SE_PR. The only one I get in the new chart is SE_PR_I, which means impersonal rather than reflexive. The verb abrió does not want that, it wants the reflexive one.

Running ACE with --vv, I can confirm that the lexeme is found:

So, the desired lexical entry disappears after lexical filtering, looks like? Or could it be the “lexical parsing” stage as well?..

I checked the lexical item for SE_PR, and I do not think it underspecifies TRAITS or anything like that; it ultimately inherits from lex-item which is properly amended in tmt.tdl.

Anyone could help me understand what is going on? Many thanks in advance.