New section in matrixdef not showing up on site

I’m having some trouble with the new section I created on the customization site. It’s accessible if I type in the URL to the subpage of my sandbox explicitly (http://matrix.ling.washington.edu/ekayen/matrix.cgi?subpage=adnom-poss), but the link isn’t showing up in the side navigation bar or on the main page, and nothing is being entered in the choices file. It’s particularly odd because it was working, but I must have accidentally broken it somehow.

I think I’ve added everything that’s needed – I added a section to matrixdef:

And then I’ve added the following pairs to the sections and doclinks dictionaries in deffile.py: 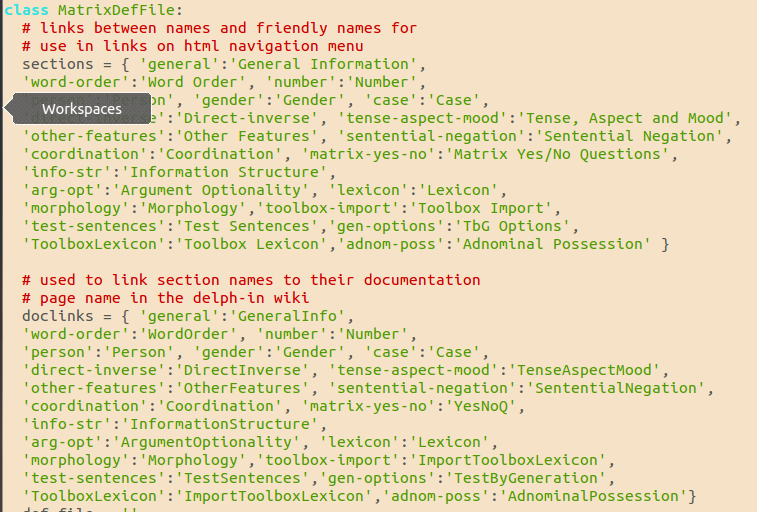 Anyone know what could be causing this?

What does the 0 mean in:

Because I found this in deffily.py subpage function:

That was it! Thanks. Taking it out that 0 caused other issues, so it looks like it was acting as something of a band-aid to problems with my library script and also making my page not show up.

Great! If you like, you can check the checkbox (next to the trash bin icon) to indicate this is the solution; this way someone who has the same issue will see the solution right away :).