Same lexrule, one instance works the other doesn't 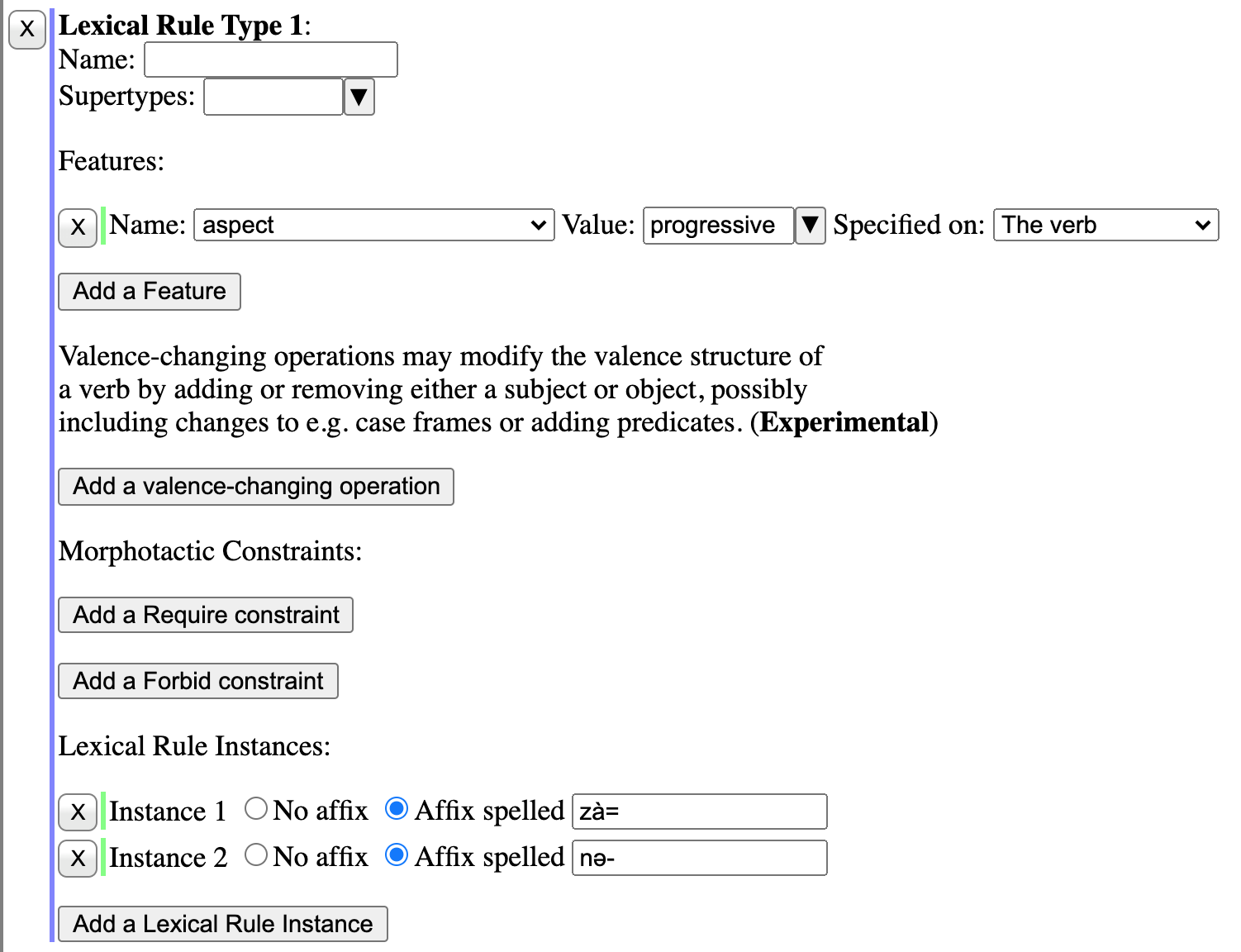 when I use the first instance, I get a parse. When I use the other with the same rest of the word, I don’t. I double checked all the characters (in fact I copied and pasted the affix from the test suite into the choices file; there was no file diff):

What else can it be?? I think I can just replace the affix that doesn’t work with the one that works in my test suite, but… what could be going on?

One idea is the zà one uses = whereas nə uses -, so is your repp config file set up correctly (the split on punctuation choice)?

It’s not that; I have other prefixes with the dash, and they work… The suffix also works in other places.

This is so bizzare.
I am not sure how to debug this either, because I don’t get a parse chart for the stem to work with (even though this same stem works perfectly in other cases), so, I can’t use interactive unification even with lexical rules.

Just for debugging, you might try swapping the order of the lexical rule instances and see if it swaps which is allowed, or removing the one that currently works. If the other starts working, then the problem is more likely with the creation of multiple affix rules than with the actual characters used in the affix.

Does the rule type not have any name or supertypes defined? I’m no longer familiar with the code but I can imagine if the affix rule name is based on the rule type name and the latter is missing, there might be some name collision with another rule somewhere.

Oh I see, right, I will try that. (I deleted my earlier reply because I read your post too early in the morning