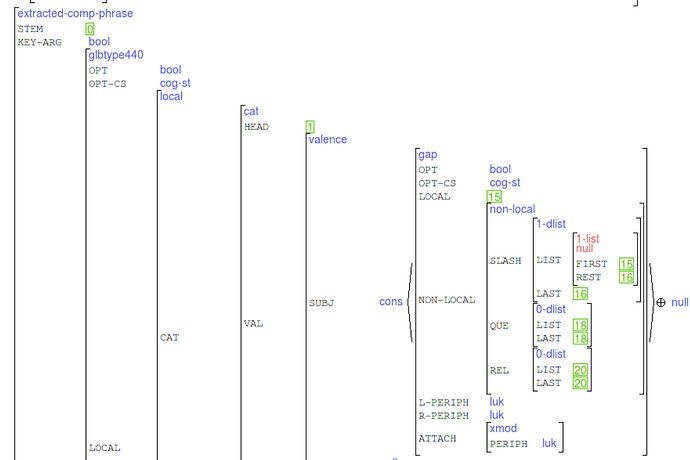 The path to that is:
ARGS.FIRST.SYNSEM.LOCAL.CAT.VAL.SUBJ.FIRST.NON-LOCAL.SLASH

What I did here was feed a VP which is output of the complement extraction rule to the subject extraction rule. Of course I expected a unification failure of some kind, so it is not a problem that I have it there. What I want is to learn to analyze them better and faster.

Is the unification failure pointing me to this line?

But if I look at the VP which I fed to the rule, its SUBJ’s SLASH seems is 0-1-dlist: 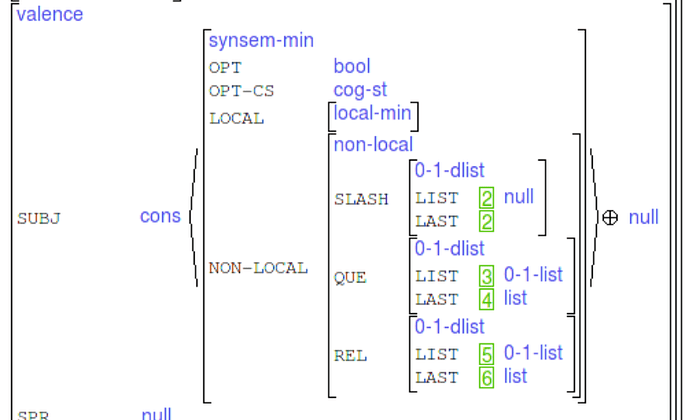 0-1-dlist isn’t the same as null, is it? Where did the rule get the null that it’s complaining about? Does it sound like I am not looking at the right paths after all?

Ah yes yes, for some reason I was blind to the LIST null thing! Thanks. I will come back with more questions