I added the analysis for second position clitics (from here, 567) to the Matrix and, on my Russian dev choices, what I am seeing is a filler gap rule licensing sentences like (1):

Sorry about the garbled characters below (not my fault :); this is sentence (1) ): 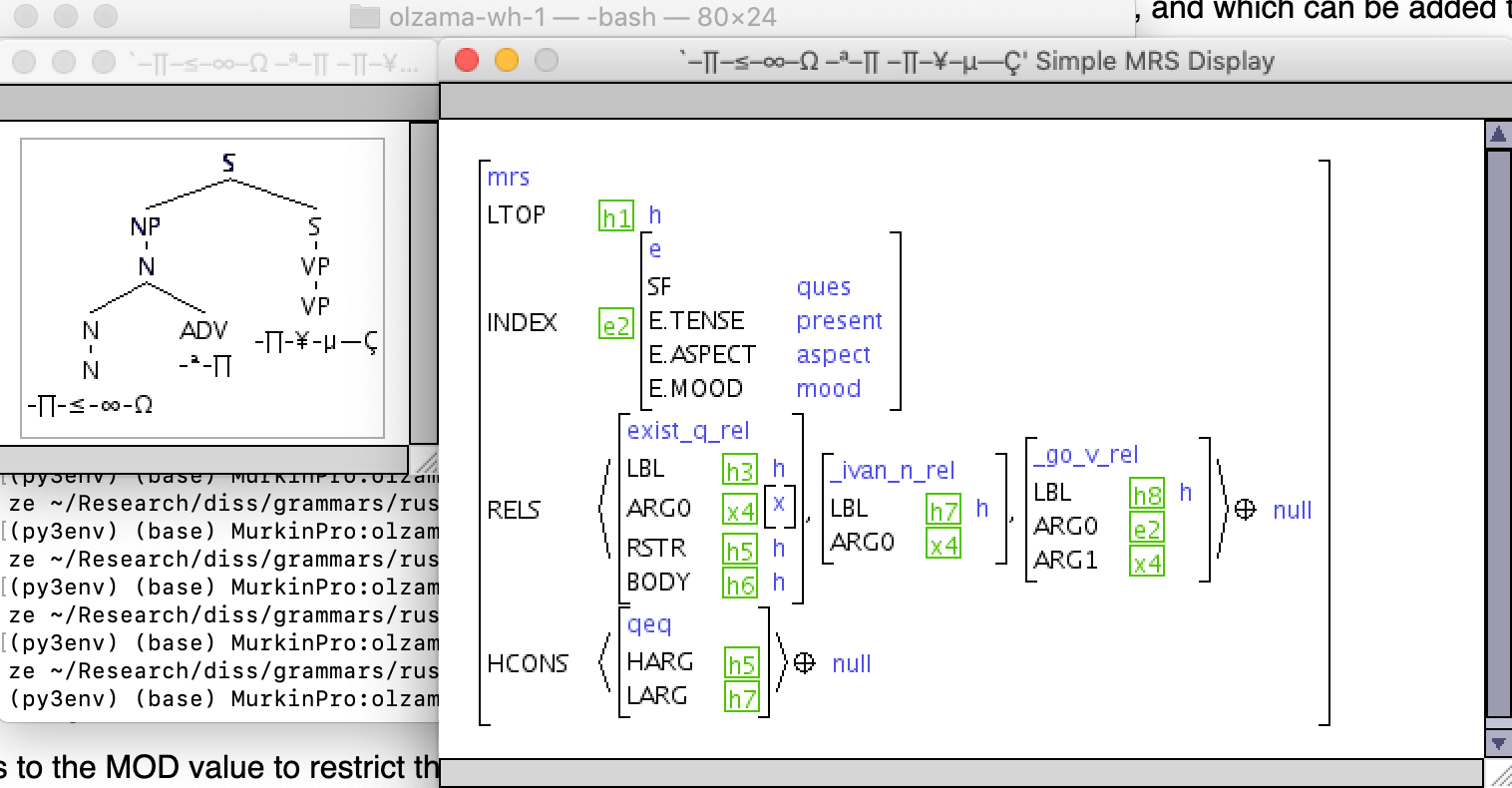 At first it was surprising (because the rule is called “wh-phrase”) but now I am thinking: this is probably legit, given that the particle is probably there to indicate focus and probably also some dislocation?

Should I just leave the analysis like this (assuming nothing else is broken)?

Which filler-gap rule is applying? If it’s the wh one, then you probably don’t want this and the likely culprit is underspecified NON-LOCAL values on the focus particle. If it’s combining via head-comp, then it needs to take on the NON-LOCAL of its complement, I think.

It is the wh one, but why exactly do I not want this? Just because it is called “wh”? Or some other reason? Because there is probably some dislocation here, e.g. in the info structure library, focused constituents like this would be dislocated and ultimately joined by a filler-gap rule.

The particle currently says it’s QUE.LIST has a top on it, which yeah, sounds very general (I took it from the 567 instructions and was actually wondering). What do you think should go on the list there?

If it’s combining via head-comp

If what is combining via head-comp, the particle? It is head-adjunct currently, as per the 567 analysis.

If there is some dislocation that has to do with the information structure library, then when you eventually add that to this grammar, you’ll get spurious ambiguity here.

If that’s head-adj, then I think this parse should be ruled out by making the particle QUE.LIST < >. That YNQ feature is meant to be distinct from QUE.

That YNQ feature is meant to be distinct from QUE.

Ah, I see! I did not realize that. I wonder how that plays with particles which serve both polar and constituent questions. Let’s see…

When pied piping is optional: Some ambiguity vs. lack of some coverage?