Looking for info about "PAGE"

I am told there was a DELPH-IN project of some kind called “PAGE”. Now, this happens to be a terrible name in the sense that I cannot find anything on the wiki; there’s hundreds of hits (and I don’t think there is a case-sensitive search option?)

Can anyone give me some reference to what PAGE was/is?

PAGE predates DELPH-IN, which is probably why you won’t find it on the wiki. But I’ve been through exactly the same pain you’re experiencing now while trying to dig up the literature on it (in the context of writing Ivan’s obit for CL journal,

Dear academics of the early 1990s, let me tell you about a very cool system we’ll have access to in 2013. It’s called Google Scholar, and it lets us easily turn up the papers you wrote about your projects, provided that (a) you actually wrote them and (b), you did not name them something like ‘page’.

Thankfully, Hans and Stephan saw that and pointed me in the right direction: 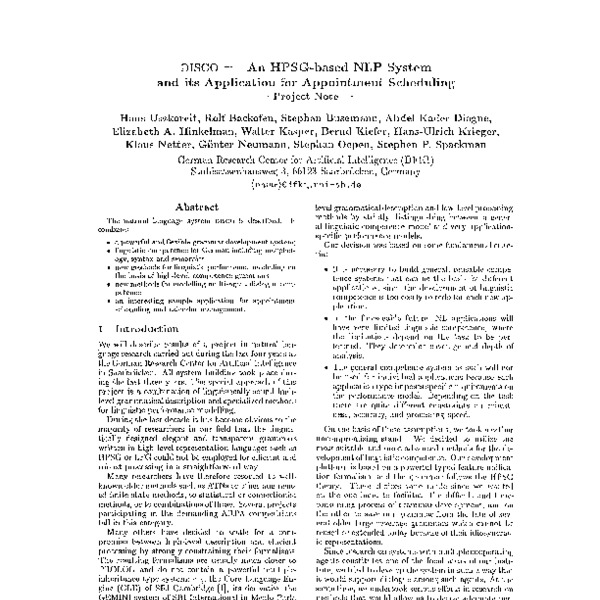 DISCO-An HPSG-based NLP System and its Application for Appointment Scheduling...

Thank you, Emily and Dan!